How Playstation has evolved over the years

We can all remember when Playstation first hit the electronics market, marking a groundbreaking time in the advancement of interactive gameplay for gamers worldwide. It was officially unveiled in 1994 in accordance with the Nintendo 64 video systems, and since then, has made remarkable advancements, to the point where gameplay today is so realistic, people have a hard time distinguishing the difference from far away.

After four different video systems, we are presently working with Playstation 4 today. It was launched as the successor to the Playstation 3 gaming console February 20, 2013, and since then, has been the reigning Sony Computer Entertainment Playstation product on the market, competing with Nintendo’s Wii U and Microsoft’s Xbox One.

It wouldn’t be a Playstation evolution discussion without mentioning three of the hottest interactive games available today: Horizon Zero Dawn, Resident Evil 7, and Nioh. All three take the gameplay graphics and videography immersion to the next level, placing gamers in a virtually realistic and fast-paced gaming environment.

Horizon Zero Dawn, in particular, is an exhilarating new open-world action role-playing game in which the gamer takes on the role of skilled hunter Aloy for exploring a vibrant and lush world inhabited by mysterious mechanized creatures. It’s set in a post-apocalyptic world that virtually comes to life in any homeroom where the gaming takes place.

Residential Evil 7, another survival-type game but with more of a horror twist, follows the release of Resident Evil 6 as a gamer favorite. Nioh takes a more historical approach, placing gamers during the early 1600s when a civil war consumed the Tokuhawashogunate.

Gamers are excited with anticipation for what major game development companies have in store for 2017 game releases. One thing is for sure: the pace of Playstation gaming evolution is not easily predicted – but it is endlessly entertaining. 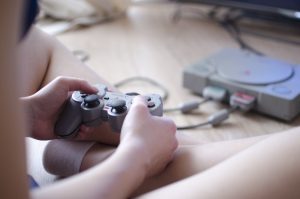